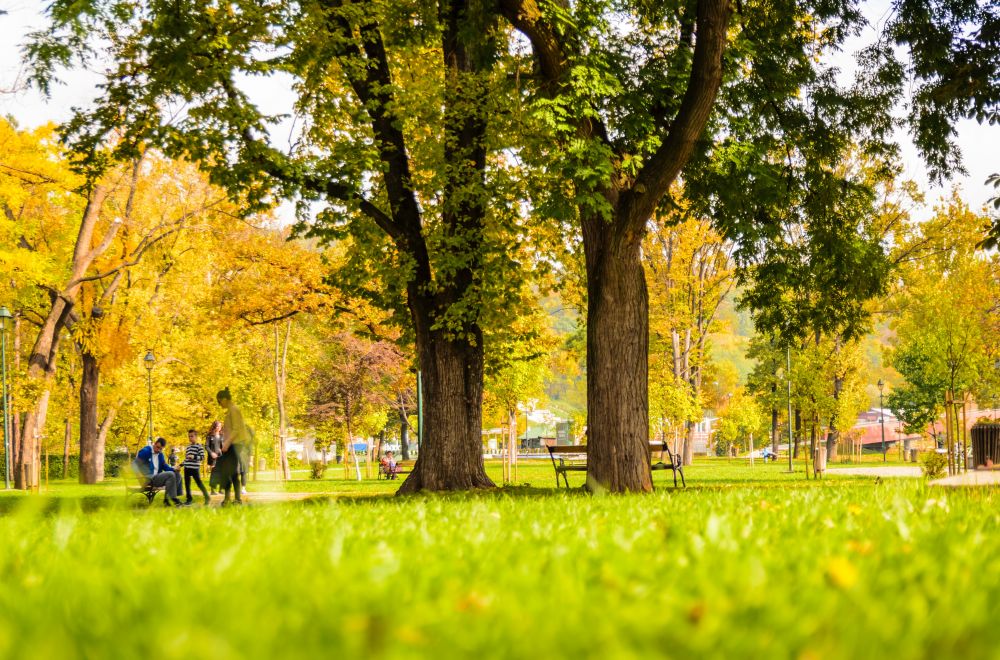 While the COVID-19 pandemic has still somewhat restricted on site activities in proGIreg living labs in 2021, the proGIreg cities network has continued to gather online in the proGIreg ‘Living Lab Lounges’ to share experiences, knowledge and information to support each other in their nature-based transformation. ProGIreg 'front-runner' cities test, plan and implement nature-based solutions (NbS), and invite proGIreg 'follower cities' to learn about their experiences.

Front-runner city Dortmund  has been in active consultation with different groups, hosting informal meetings with local politicians, followed by workshops with potential multipliers and planning meetings with the municipal department in order to start creating an exercise park in the Living Lab. The Living Lab was able to engage in some planting activities, with many more planned in schools and kindergartens, when the restrictions allow. The pandemic has resulted in delays in the Living Lab’s planting activities in general, but also opened up time for social media engagement and training courses for citizens, on urban farming. The Living Lab has also been exploring sites for aquaponics and feasibility. Further there are plans on creating a new green path at the old Deusenberg landfill site that is now a green recreation area.

Front-runner city  Turin has plans to create of more urban-, school- and residential gardens with increased demand for allotments – 150 citizens in the queue! The pandemic had resulted in people discovering and using green areas more. The Living Lab had utilised abandoned public areas, with temporary concessions to utilise them for urban gardening to increase available space. During the lockdown periods the Living Lab engaged citizens remotely. School gardens were closed for a long period, but reopened for the most part, with increased educational activities to foster the green plantations.

Front-runner City Zagreb has been busy with extensive planning and implementation of green walls and roofs, and upgrading existing gardens. The Living Lab has also planned for an info point explicating the many benefits of NbS. The pandemic period allowed the local partners to explore holistic and innovative NbS options, such as the successful therapeutic garden that was opened in May 2021. The Living Lab also saw many new trees being planted and a new walking and cycling path implemented. The local partners were able to succesfully engage locals, by organising informative events and engagement campaigns throughout the planning and implementation process of the NbS.

Follower city  Cascais, had consulted citizens on their wishes which entailed bike paths and recovering green areas around a stream running through the city. The local partners also finalised plans for a vegetable garden, creating pollinator friendly habitats and  a community garden. They plan on starting training courses to educate citizens how to operate urban gardens, expand the Living Lab area and  involve more citizens that are members of the local food bank in urban farming. ProGIreg's Cascais partners plan to use the front-runner cities successful examples as leverage in getting approval for similar projects. Furtrher they aim to involve decision makers and increase political awareness on the importance of NbS to transform cities. They hope to start selling some of the produce from the community farms by co-creating a local business and adding more leisure areas into the neighbourhood.

Follower city Cluj-Napoca, used the downtime to plan accessible green corridors in the city. The local partners created a new integrated urban strategy to promote NbS and restructuring projects, with plans to incorporate all streams into blue-green corridors schemes. The planned Living Lab area has three on-going public tenders for NbS around the river, and a design contest for a 45ha park was finalized. The city is looking into finding suitable partners to implement these plans. Also the city is embracing green infrastructure, with plans to to introduce new buildings inspired by successes of green roofs and walls in other cities.

Follower city Piraeus has struggled to meet with residents due to lock down measures, but closely followed Turin’s success with introducing pollinator friendly habitats. The city realised this NbS would be feasible to be engaged in even during the pandemic. They conducted research in finding suitable areas. Additionally there has been plans to create green corridors around a river running near a highway. The living lab has created plans for potential sites, planned co-creation activities and planned to involve local decision makers and increase awareness of the importance of NbS implementation.

Follower city Zenica  had time to plan for expansion of the regeneration area, and planned to include bicycle lanes as demand for these has increased. They are also implementing activities to improve horticulture in the city, and they were inspired by many of the proGIreg front-runner cities activities. The city plans to create green corridors around the local river and expand to urban gardening in local kindergartens. Through proGIreg they plan on developing holistic urban plans to enable greener urban planning in the city, using the  front-runners successful examples as models. Further new residential and business buildings in the city will involve green facades.

Image: proGIreg procedure for replication of NbS in follower cities

ProGIreg will ensure that the follower cities will get to learn from the pioneers and implement NbS in their context through the Roadmap towards urban planning in follower cities. The goal within proGIreg is to integrate the innovative model of co-design and co-implementation of NbS tested in the front-runner cities into their local urban planning framework. Through proGIreg the cities will gather in capacity-building workshops together with the stakeholders in follower cities to facilitate the implementation of the co-design strategies.