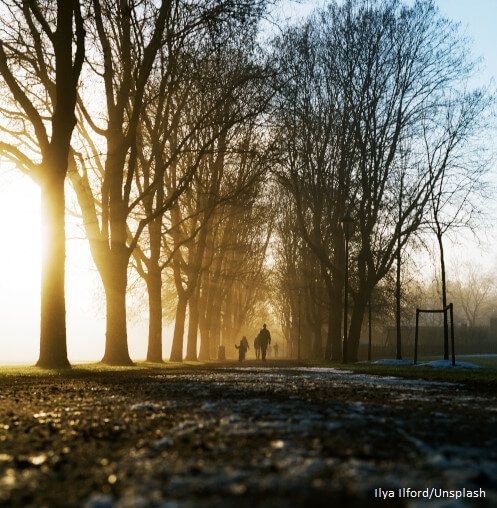 The past year was tumultuous to say the least, posing challenges to on-site activities in proGireg Living Labs - however they have taken the challenge as an opportunity to root locally and re-evaluate. Throughout 2020 the Living Lab’s have exchanged experiences, by meeting up regularly in proGireg’s virtual ‘Living Lab Lounges’. Learn about what Turin (Italy), Ningbo (China), Zagreb (Croatia), Cascais (Portugal), Cluj-Napoca (Romania), Dortmund (Germany), Piraeus (Greece) and Zenica (Bosnia and Herzegovina) have been up to in 2020.

The first lounge was hosted by Turin in February reflecting on successful activities from 2019. The Mirafiori Syd Living Lab found centering activities around urban gardening and redistributing unsold food from outdoor markets, shops and supermarkets to avoid food waste beneficial for citizen engagement. The food was either distributed to directly to people and or used to make free meals in a socially engaged restaurant for people in need. The restaurant also educates beneficiaries to produce their own food in urban gardens. These projects were powered by 50 volunteers delivering over 1540 meals in 2019. Further the co-design workshops in school- and container gardens (hosted before the COVID-19 pandemic) were liked by locals. In 2020 the Living Lab kept up activities when possible with appropriate distancing measures, engaged locals in online challenges and activities, such as pollinator competition and a Climathon.

Next in line was proGIreg’s Living Lab in Sesvete, Zagreb in March, sharing an update when the city had just suffered from a powerful earthquake alongside being strained by the early pandemic response. However, the local partners were optimistic about rebuilding efforts and the introducing urban gardens utilizing technological innovations. They are well versed in urban gardening with 2100 gardening plots around Zagreb and 13 with around 150 users in the Living Lab. To build resilience ib the city technological innovations are planned to be integrated into public facilities such as the green corner in the Rijeka City Library, where plants are grown and harvested for use in the library. Further there are plans to implement commercial farming, by integrating aquaponics, green roofs, and green walls in the abandoned Sljeme factory area in Sesvete.

In May Zenica reported about their progress in improving wellbeing life in the city at large. The city still struggles with air and soil quality issues, and concomitant problems such as respiratory illnesses. To address these issues structural changes such as update of the heating systems is a priority. Zenica, is committed to further greening and has found that with the pandemic people are utilising the green spaces in the city more. Small-scale projects and initiatives have been found beneficial for citizen engagement. The city aims to utilize these experiences for replication. The municipality also found having transparent budgeting, using clear communication, social media and having a ‘helpdesk’ to answer citizens questions useful in gaining trust and increasing engagement. Zenica plans to increase much needed green spaces in the city by engaging investors to implement new buildings with green roofs and walls. Due to limited resources, the municipality prioritizes collaboration with the building and energy sectors.

Cascais briefed the rest in June about the progress and challenges in their urban gardening activities. The city has a dedicated programme for urban agriculture called Terras de Cascais, and the demand is high, they have over 450 allotments, and a waiting list of over 1500 people. The programme establishes urban gardens, school gardens, associative gardens, community gardens, orchards and vineyards, among others. Training and capacity building for citizens is a key in making the gardens a sustainable venture. Further Terras de Cascais has an innovative ‘Land Bank’ - an online platform where landowners loan their lands to those wishing to develop an agricultural project or initiative.

Collaborating with Terras de Cascais, the proGIreg Living Lab is located in Tirés Village, where 18% of the urban population lives in public housing and more than 100 families are supported by a local food bank. The inhabitants lack access to green areas and pedestrian paths. The area has illegal settlings and urban gardens and is in a flood risk zone. The Living Lab will establish green areas with multiple uses, walking distance from homes, non-profit horticulture, training in organic farming, 30 m² plots for each family, shared Tool sheds and compost bins, irrigation water and recreational areas. There will be no fees, but participants must sign a contract to adhere to community rules. In 2019 meetings were held in the local community, there was interest in the vegetable gardens to alleviate dependency on food banks and the inhabitants expressed a wish to have green spaces for leisure activities and a children’s playground in addition to pedestrian access to public transport and city centre. Addressing the illegal settlements in the area is challenging, but the Living Lab plans on alleviating conflicts by replacing them with the playground and meeting area inhabitants direly need. Unfortunately, the pandemic has increased problems in the area, with low funding for new construction and difficulties to reach locals. Due to the high illiteracy rates, the trainings are difficult to organise at a distance. To add to all this, due to the economic constraints, the number of people in need of vegetable gardens has increased. However, 2020 was not an exercise in futility – in May a meeting was held with the locals inhabiting illegal settlements to present the planned activities in the area, which was followed up in June followed by training and granting them access to gardening slots. Plans for the Living Lab entail transforming vacant lots into associative gardens, developing a business plan for community supported agriculture, creating leisure opportunities (such as picnic areas), community empowerment through training and capacity building and the development of appropriate tools to measure progress.

Cluj-Napocapresented their ambitious 2030 vision for the city in September – aiming to increase green spaces with 100 hectares, improve air- water- and soil quality management systems and introduce green corridors for urban mobility along the streams and rivers of the Metropolitan area. Within proGIreg’s scope the city will focus on three nature-based solutions: community urban farms and gardens, green walls and roofs and accessible green corridors. The Morii Canal, flowing from the Someș river is the planned Living Lab site, with 2,5 hectares of undeveloped land. The canal is currently used for powerplants upstream, but as the Living Lab it could transform to a lovely path to the Somes river, which locals lack access to. The canal has plenty of potential with bountiful natural resources on site - topographically it requires minimal interventions and would be connected to a nearby park. The plans include adding observation points, children playground, activities platform, urban community gardens on small plots, rest areas and stairs to the waterfront.

It was Piraeus turn to lounge in October. The pandemic had unfortunately severely disrupted plans to implement community based urban farms and gardens in the city. The local partners decided to change course inspired proGIreg Living Lab in Turin’s success with introducing accessible green corridors and pollinator biodiversity. A stretch of one kilometer on the Marias Kiouri Road, that has been abandoned and reclaimed by nature since 1977 is explored as a potential Living Lab site to create a flourishing habitat for pollinators. Vertical walls would be planted to enhance pollinator biodiversity, by installing vertical green walls and introducing attractive plant species to pollinators in collaboration with locals. Ahead of the lockdown potential areas for replantation were identified. Further the river Kifissos that is running by and under a highway was identified as another potential location to introduce green walls with climbing plants to diffuse pollution and to create green corridors. On the riverside walkways and recreational areas would be introduced to allow access to locals. A study done among the locals, found them positive towards such a transition and as a next step the Living Lab will increase collaboration with local stakeholders.

Picture: Projection for introducing nature-based solutions around the Kifissos river

With the year’s invariable theme being isolation, the Dortmund Living Lab of Huckarde briefed the rest in November about their take on citizen engagement. They had co-designed nature-based solutions with citizens, experts, local actors, and wide range of beneficiaries. In October, 35 soft fruit bushes and 20 wild fruit trees were planted with local stakeholders - limited to 10 participants with appropriate distancing measures. There are plans to engage schools and daycare centers in planting activities in the future. During 2020 a citizen-led non-profit association ‘Naturfelder’ was started, including farmers, the municipality, private property owners and environmental associations. The association aims to find suitable spaces, secure financing, and create habitats for pollinators. The pandemic has affected the implementation of co-design activities as some workshops with the local citizens had to be canceled, there were delays with materials, delays in planting activities and limited citizen participation. To address this Dortmund has engaged citizens digitally - presenting the objectives and benefits of the project and maintaining regular contact. When co-designing nature-based solutions, Dortmund found that interdisciplinary approach is crucial, degree of involvement should be adjusted based on each solution and involving marginalized groups and providing incentives for citizens is key to ensure longevity.

Last but not least Ningbo discussed business models for nature-based solutions in the Moon Lake Park Living Lab. After the initial stringent lockdown in spring, the living lab had been able to continue business as usual for most of the year. To prove financial benefits, they placed emphasis in collecting quantitative datasets - stressing that the social and health benefits need to be monitored as well. The Living Lab has looked for functioning models based on the successful initiatives nearby, such as Meishan island. The post-industrial island had vast salt production that had resulted in soil depletion. The island has been reinvigorated through creating wetlands, parks and introducing educational tourism to bring in revenue. The key take-aways from Meishan Island’s development were to integrate policy guides and business models with technical measures, involving stakeholders such as public authorities, research institutions, private sector and other organisations to co-design, co-implement and co-manage nature-based solutions. This process resulted in common protocols and business models for integrating, implementing, and managing nature-based solutions for the restructuring of the island. Further the datasets and procedures established in the urban Living Labs in the island are replicable elsewhere. The plans for Moon Lake Park entail collecting integrated datasets of meteorological, hydrological, chemical, and ecological parameters to develop robust quantitative protocols and procedures to implement the proGIreg nature-based solution local environmental compensation procedures. Further the Living Lab will aim to quantify the environmental, economic, and social benefits as return for investment for the public-private partnership behind the Living Lab.

The Living Labs proved to be their namesake in 2020 – adapting and experimenting accordingly with changes in the environment. Through collaboration, whether virtual or on site, they managed to implement and plan nature-based solutions in 2020 to build resilience for 2021.