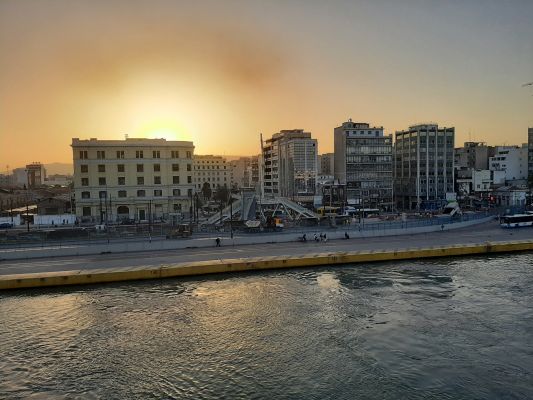 Piraeus is a proGIreg Follower City that is still industrial; the city is home to one of the most important Greek ports. The city is densely populated, with an urban fabric enmeshed with the ever expanding Athens. Piraeus is lacking in green infrastructure and suffers from pollution – which the city is ready to change! The Follower City has planned urban regeneration areas around school districts and the abandoned tramline and parking lots alongside the Marias Kouri Road. 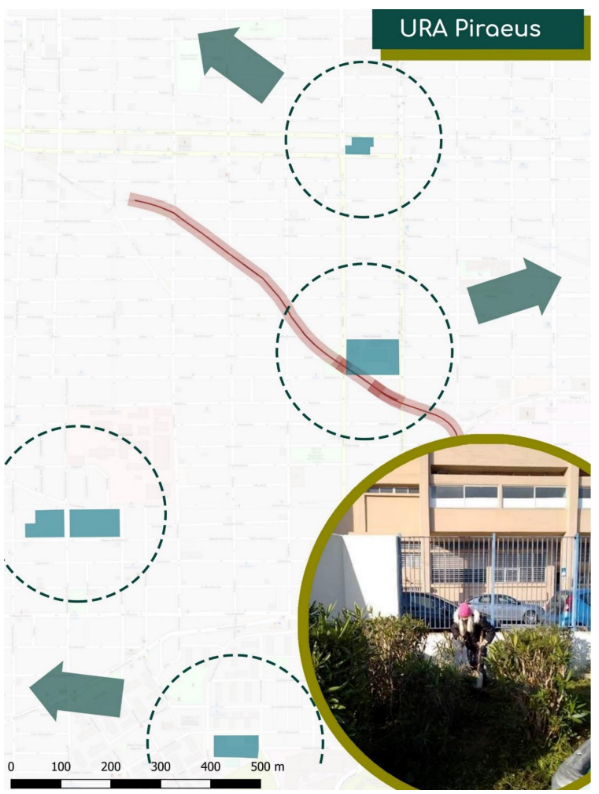 The co-design process in Piraeus began with an event gathering all interest stakeholders together, to explain the scope and potential of work in the context of proGIreg. The event saw many schools in Piraeus express interest in participating, with three schools (two primary and one high school) taking part in all subsequent activities. This initial scoping was followed by workshops and planting activities with students to familiarize them further in the topic of nature-based solutions (NBS), and co-design. The event and activities were followed by in-depth questionnaires to students, school staff and families, and other relevant stakeholders. Co-design for the area around Marias Kouri Road was conducted through a workshop in collaboration with the University of Piraeus and University of Milan. Students planned how the area could be re-connected to local green infrastructure and which parts of the area could benefit from specific proGIreg NBS. Both activities found confluence in a joint activity where the university students and school stakeholders gathered to present their plans for the respective urban regeneration areas and were able to exchange on the topic. The municipality of Piraeus was involved throughout, and is scoping funding avenues for realising the planned interventions. 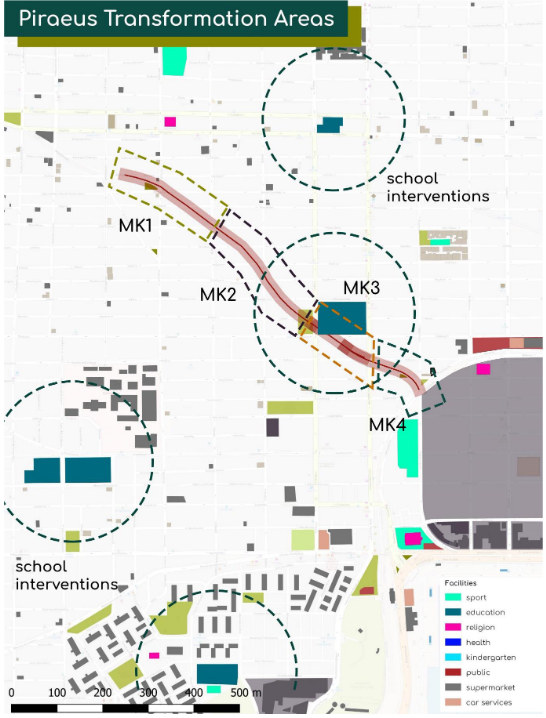 The interventions in Piraeus thus far have focused on communicating the benefits of sustainable practices and urban nature to citizens, hopefully driving demand for nature-based solutions in the long term. Schools were identified as a good place to drive transformation and to implement small community-based urban gardens managed by students. The activities in the three participating schools has resulted in other schools being inspired to engage in similar activities. A key goal of the Piraeus municipality is to create a policy for easier future integration of solutions such as urban gardens, green walls and roofs with pollinator biodiversity considerations in the city. 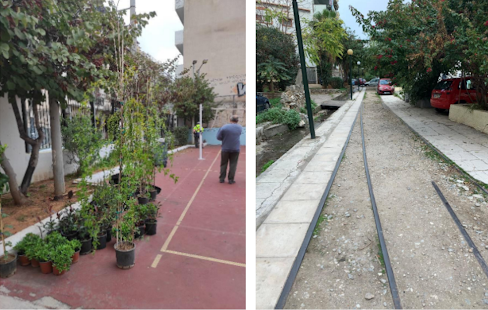 The plans for the Marias Kouri road entail transforming it into an accessible green corridor with planted greenery to support pollinator biodiversity. Due to the length of the road, it has great potential to become a central green path for the city, facilitating recreational use and pedestrian and cycling traffic instead of cars. Targeted NBS could also help built resilience, e.g. help address flooding. The length of the road is both a bonus and a challenge, as the Marias Kouri Road area is divided in multiple municipalities, meaning its development will need cross-municipality approvals and collaboration.

To ensure involvement of marginalized communities and specifically immigrants, some of the co-design activities and questionnaires were issued in English. Piraeus has further plans to involve marginalized groups, such as the local school for children with special needs. The urban gardening tested in other schools could be a suitable activity there as well, and co-design process would prove especially useful to identify the needs and wants of children. Further the elderly care homes in the city were mapped, with plans to engage inhabitants in future activities with urban gardening and potential therapeutic gardens. Read the ‘Mid-term report on the implementation process of the urban plans in Follower Cities’ to learn more of Piraeus path to greening the city.