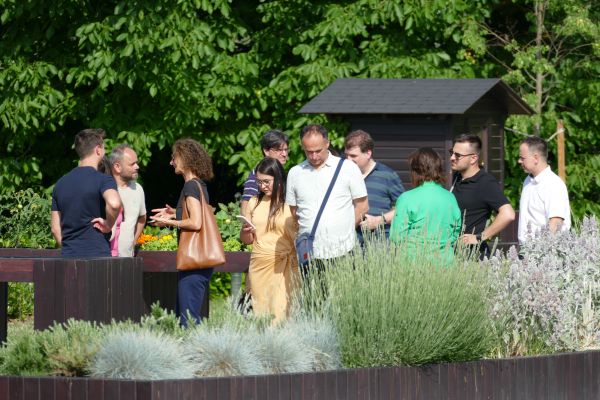 ProGIreg ‘Front Runner’ city Zagreb hosted an international workshop inviting other European cities and innovators to come learn about the city’s process in revitalizing the post-industrial district of Sesvete with nature-based solutions and how such plans could be implemented in their districts.

The participants included proGIreg pioneers Dortmund and Torino, Fellow Cities Cluj-Napoca, Zenica, Piraeus and Cascais and  representatives from Tirana, Velika Gorica and Murcia. The workshop entailed a visual mapping of the values and obstacles of the cities have on their path of becoming environmentally sustainable and resilient. The participants got to learn from Zagreb’s example and get feedback on their current plans for implementing nature-based solutions.

Zagreb’s key lesson is to take note of the existing resources and see opportunities instead of challenges – in Zagreb’s case there is great untapped potential between the nearby mountains and the river running from them to the city, which could become a green path connecting to the city and nearby municipalities as well, transforming the region with green corridors!