New video: Zenica – On a path from Steel Metropolis to Green Oasis 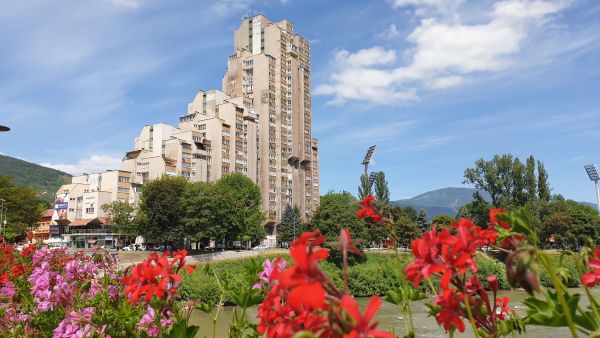 Zenica, proGireg follower city in Bosnia Herzegovina, has not let COVID-19 hamper its plans in greening the city. Surrounded by mountains, with the river Bosnia coursing through, the city is planning to green its interior and clean the air by implementing nature-based solutions for the well-being of its citizens. See our interview with Amra Mehmedic, Head of Economic Development, City of Zenica to learn more.

The fourth largest city in Bosnia and Herzegovina – Zenica is still very much an industrial city, struggling with poor air quality and high amount of concomitant respiratory illnesses. The future vision of the city entails affordable heating, accessible natural areas, cycling and walking friendly infrastructure, replenished fish populations in the river Bosna, leafy greenery to take shade in, warm bus shelters to escape the cold and clean air throughout the year.

Zenica has strategic and ambitious plans in place to achieve this. The city has a ‘Green Cities Action Plan’ (GCAP) as a part of the European Bank for Reconstruction and Development Green Cities Programme to address the various problems the city is facing. The focus is on reducing industrial pollution; improve heating systems and increasing public transport. To this end Zenica is welcoming the opportunity to learn from proGIreg’s pioneering cities and plans to implement nature-based solutions such as accessible green corridors, increase leisure activities and clean energy on former landfills and green walls and roofs.

The city is realistic about the challenges ahead. There is a lack of resources, and more capacity building is needed to build skills and competences locally. However, the city’s commitment, GCAP funding are driving Zenica’s sustainability efforts forward. To tackle the challenges, Zenica is planning to collaborate with energy companies in using alternative energy sources to coal and to introduce greenery to cope with heatwaves. Further, the local enthusiasm to re-green and develop the city is palpable – there are many grassroots NBS initiatives and especially with the coronavirus pandemic has resulted in increased awareness about the benefits of NBS.