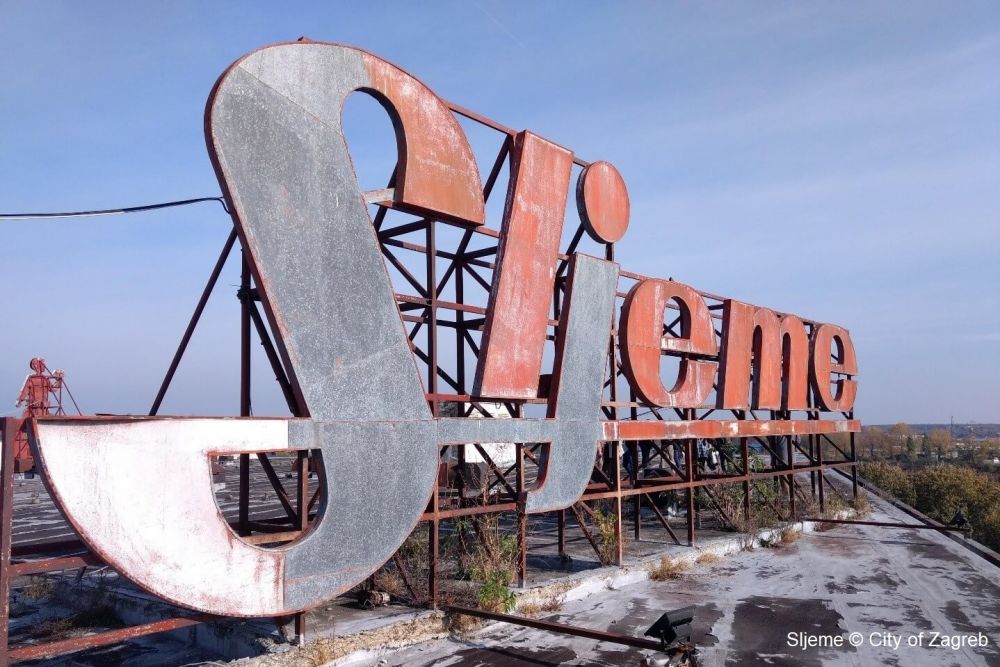 On 3-4 December Zagreb got the ball rolling by hosting its first official Living Lab co-design planning meeting together with local partners and stakeholders. The gathering was large and motivation was high. In the words of Matija Vuger, City of Zagreb: “The shared response was that of enthusiasm and optimism, and all the stakeholders are excited to be included in the further steps of the co-design process.”

Sesvete, Zagreb’s easternmost district, is a fascinating blend of the old and the new. Its unique skyline of tall, abandoned factory buildings, combined with its young, active and entrepreneurial population – which already played a key role in repurposing the post-industrial area into a residential-recreational-commercial neighbourhood – makes Sesvete a highly interesting setting for the proGIreg Living Lab. The goal in Sesvete is to revive some buildings of the former meat-processing factory Sljeme and use nature-based solutions to transform the area into a vibrant community space, while maintaining its local identity.

Involving a broad range of citizens and local organisations in the design of the proGIreg Living Labs, is essential to the project’s success; those who live and work in the area know best what they need, so working with them throughout the project ensures more inclusive and effective results. To support the Zagreb team in this process, experts on co-design from project partner ICLEI attended the meeting to guide the planning. Key activities included participants sharing their visions for Sesvete in 2030, in-depth stakeholder mapping of the area and presentations of co-design principles and methodologies. Partners also presented their initial co-design ideas, which included launching an architectural competition in the area, offering a ‘Walk around Sljeme’ for students, a museum exhibition on the meat industry and history of Sljeme, and introductions to aquaponics, urban farming and the concept of an inclusive ‘therapy garden’, which uses horticultural therapy to integrate minorities and people with disabilities.

Participating local partners included the local NGO ZIPs, the Zagreb University of Applied Sciences, the company KomforKlima (experts in aquaponics) and the city of Zagreb, including the office for strategic planning and development and the department for urban and spatial planning. Representatives from key stakeholders, such as ISKRA (an NGO working with disabled people), the local music school (targeted as a potential user of the revived factory buildings) and the local museum also attended.

The next steps include approaching further potential stakeholders in the area, finalizing the co-design activities for 2019 and drafting proGIreg co-design guidelines so that others can benefit from the experience in Sesvete. “With the commitment, teamwork and enthusiasm shown by the participants, the co-design plans for Sesvete are well underway”, says Vasilis Latinos of ICLEI.