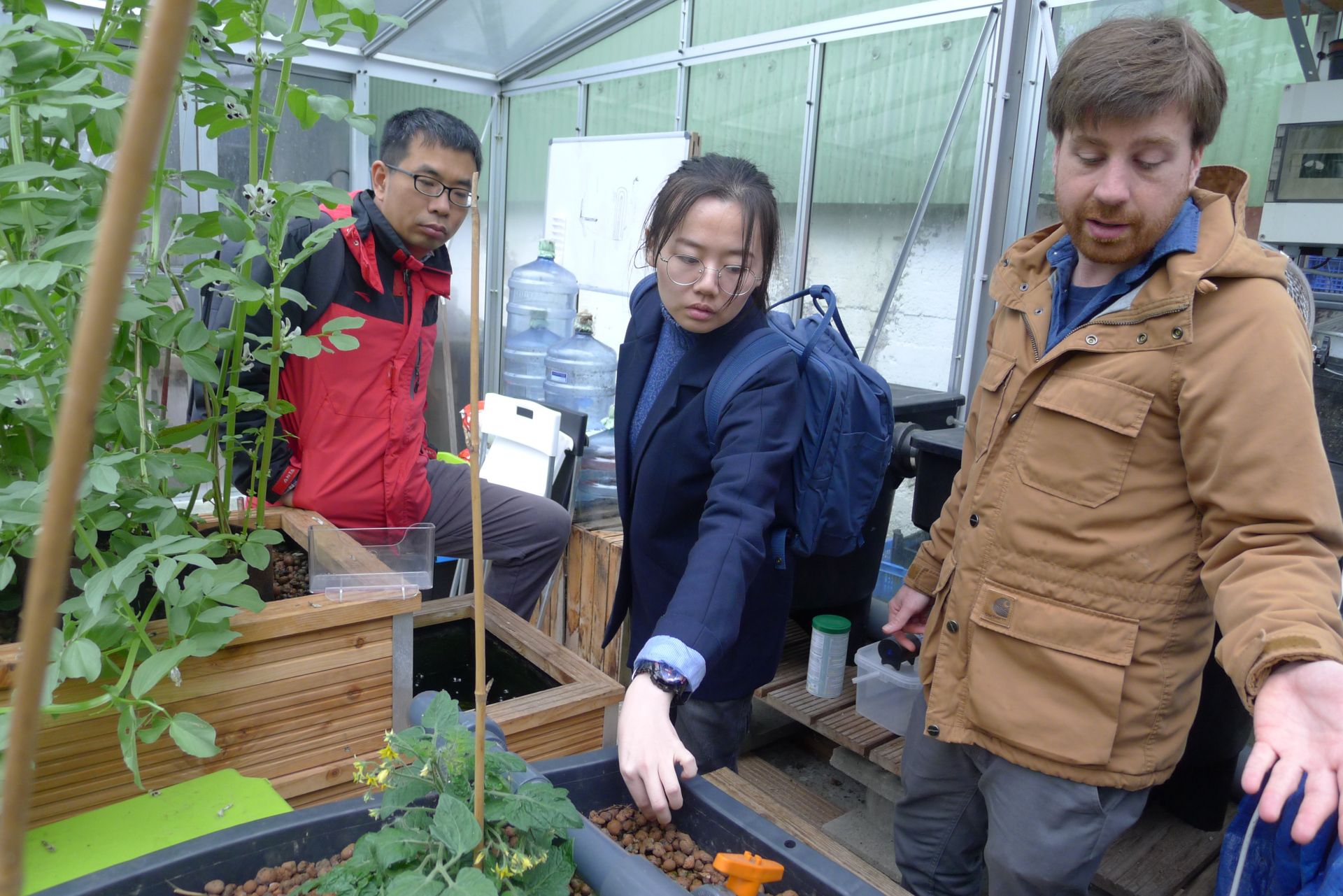 On 21 May 2019 Prof. Yaoyang Xu, Lead Coordinator from proGIreg partner the Institute of Urban Environment - Chinese Academy of Sciences, visited the local project team in Dortmund. The purposes of the visit was to exchange ideas and learn about different technologies and approaches, which could be used to implement nature-based solutions in proGIreg front-runner city Ningbo, Zhejiang Province, China. The project, which is part-funded by the National Research and Development Programme for Chinese-EU Research Collaboration, aims to improve living conditions and reduce vulnerability to climate change by developing nature-based solutions in post-industrial areas of the participating cities.

Since Ningbo’s Living Lab surrounds an urban eutrophic lake, Georg Sümer from the City of Dortmund introduced Prof. Yaoyang Xu, proGIreg Coordinator Dr. Axel Timpe, and Yichen Jiang, PhD student from RWTH Aachen University, to Dortmund’s PHOENIX lake, a former industrial steelworks area – turned community hotspot. Nowadays, the PHOENIX lake, which was opened to the public in 2011, attracts many visitors who enjoy cycling along the bike paths, bird-watching or just being in nature. It is no coincidence, however, that – after decades of industrial pollution - wildlife is flourishing with native bird species returning to the area. This is the result of a complex transformation of the entire area, and also, good water management. Since Prof. Yaoyang Xu is a specialist in aquatic ecology, the group visited the non-chemical dephosphorization filters and learned about the importance of the aquatic plants for the water quality of the lake.

Since Prof. Yaoyang Xu was looking for inspiration for the Living Lab in Ningbo, the group also visited proGIreg partner Die Urbanisten, where Jan Bunse introduced Dortmund’s guests to the potentials of aquaponics – the combination of raising fish in tanks together with soilless cultivation of plants – which is not so common in China.

Finally, the group also visited Dortmund’s Living Lab area of Huckarde and the former Hansa coking plant - now an industrial heritage site - which offers fascinating insights into the history of heavy industry in the area. Interestingly, parts of Dortmund’s factories from its industrial era were sold off and shipped to China, where they are still in use today. China, however, is also feeling the effects of its own industrialisation and, in the case of Ningbo, is looking, together with its project partners, for innovative ways to regenerate areas affected by heavy industry.

Inspired by the trip to Dortmund, Prof. Yaoyang Xu is collaborating closely with local governments and companies to extend the implementation of bature-based solutions beyond Ningbo and within other industrialised Chinese cities such as like Xiamen, Fujian Province, and Jiangmen, Guangdong Province.