Locals of Sesvete dig for a new tree-lined street 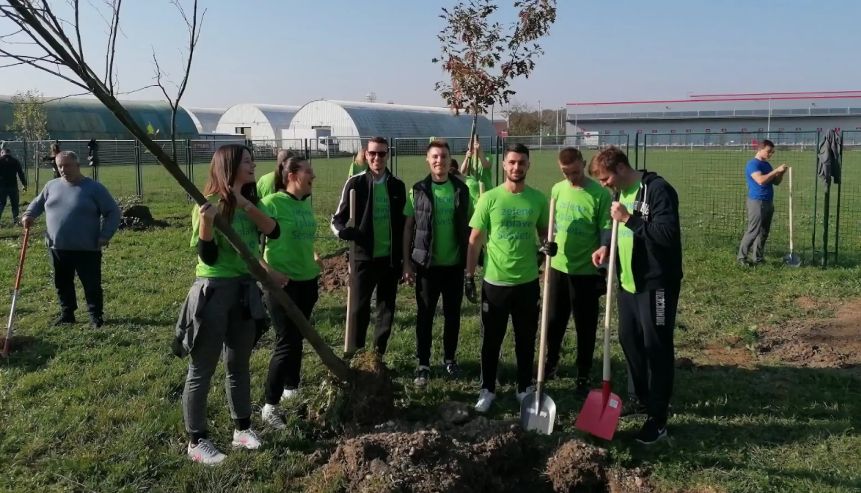 On 26 October 2019 around 300 school children, students, members of local sports clubs and hikers from the area of Sesvete, proGIreg’s Living Lab in Zagreb, took part in a mass tree-planting activity, to raise awareness of the importance of protecting the environment and sustainable urban development. The event was initiated by proGIreg partner ZIPS, whose activities are directed primarily towards education of the local population. The tree planting took place in an industrial area inhabited by large number of marginalized groups, between Novi Jelkovec and the center of Sesvete, where many high school students walk on a daily basis. In total, the participants planted 162 trees and 40 bushes, and it is important to note that there was previously not a single tree in the planting area.

By planting trees there, the aim was to create a better image of the area and new microclimatic conditions for those walking along this street. It was also an opportunity for proGIreg partner ZIPS to connect local actors in Sesvete in order to raise awareness of the natural, cultural and other resources of the area. In particular the aim was to establish long-term cooperation with primary and secondary schools, sports clubs and associations operating in Sesvete.

The tree planting took place within the EkoFest festival (23 - 26 October 2019), which also included the premiere of the movie "Man and the Tree", by Dalibor Platenik, and craft activities such as the proGIreg canvas bag decorating.

The event was mainly funded by donations, in particular from partner Hrvatske šume (Croatian forests) and many local businesses. The main organizer was ZIPS, which received support from the Sesvete City District, the City of Zagreb, and Zrinjevac (city landscaping firm).