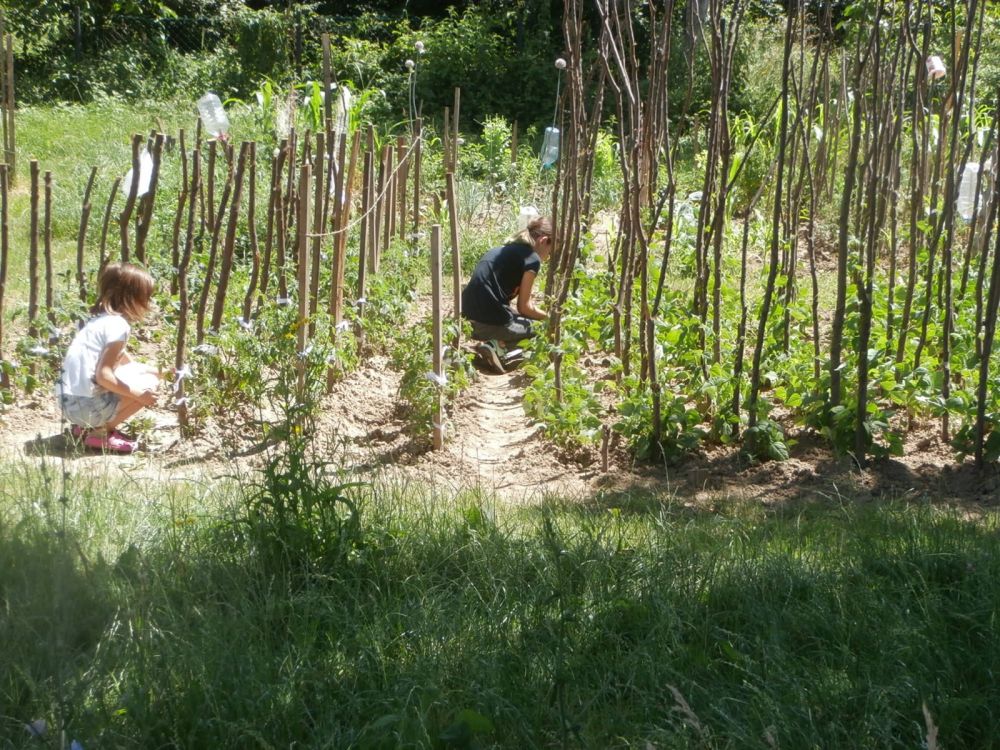 Ten years ago, a series of plots of land around ICLEI Member Zagreb (Croatia) were standing unused as they waited for redevelopment. Competition over land in Europe’s capital cities is fierce, and Zagreb is no different. So, in spring 2013, rather than leave the lots derelict, the Mayor of Zagreb opened the spaces up to the public.

Applications flooded in for the open call offering garden lots to citizens who were not already owners or tenants of agricultural land. “There is a tradition of outdoor living and agriculture in the whole of Croatia,” explains Iva Bedenko of Zagreb’s office for strategic planning and development. “The idea of the city gardens is for the citizens to ecologically produce food that they consume later.”

Aspiring gardeners signed extendable two-year contracts with the city allowing them to use the lots for free until they were ready to be developed. The 50m2 lots were equipped with storage, compost containers and a common area for all the users. Today, local people are growing tomatoes, lettuce, peppers, cucumbers and courgettes in 13 city gardens in Zagreb, that include over 2100 garden plots on a surface of 22.5 hectares.

As this “City Gardens” project flourished, increasing numbers of people from vulnerable and disadvantaged backgrounds showed an interest. Thus, the City Council and a local NGO came up with a plan for a new kind of garden equipped for people with psychological and physical disabilities.

Therapeutic gardens are specially designed gardens with the aim of strengthening motor, sensory, cognitive, affective, nutritional, emotional and social potential. Gardens have been used for health and wellbeing around the world for hundreds of years, but this type of specifically designed garden would be a first for the Croatian capital.

“This is an innovation in Croatia. It’s not common knowledge,” said Branka Mrakužić of the City Office for Agriculture and Forestry. “Therapeutic horseback riding and animal therapy is widely used, but using plants or gardens for therapy is not widely known.” Therapeutic horticulture is inclusive and accessible: working, relaxing and learning in a garden can be self-defined according to one’s own comfort, abilities and pace. “In the city gardens, the food is the product, but in the therapeutic gardens, the process is the product,” she explained.

Zagreb’s Sesvete district has a young and dynamic population and is considered by some to be one of the city’s most promising districts. But, it is still recovering from the social, environmental and economic repercussions of its industrial past. The first therapeutic garden is planned to be opened in Sesvete at the site of the former “Sljeme” industrial plant.

Vandalism damaged some of the “City Gardens” in Zagreb, but it did not occur in Sesvete, so Bedenko hopes that the therapeutic gardens will bring out the best in the local community. “Sesvete is a warm community, people know each other. They have a high quality social structure, so a garden like that would be very welcome by the people. They will appreciate the benefit that the community gets,” she explains.

The city sees potential for therapeutic gardens to involve and include children and adults with physical and mental disabilities in society. Because the gardeners will be productive, active, acquiring and applying new skills and gaining knowledge that they can then share with others, these activities are a better match for people’s individuality, agency and abilities than traditional charity activities. “It’s different from giving them something like a present,” she says. “They can have products that they made in the end: that they can hold in their hands.”

As the project’s target groups are disadvantaged and socially excluded, the project has potential to promote their social equality within the community and reduce discrimination and prejudice based on social status, ethnicity, disabilities and other characteristics. “We think that it could set a positive example of including people. There is the sad fact that very often that people with disabilities are hidden away. In this way, to bring them into society in a productive manner, would help society to build up empathy and to connect people of different layers of society.” The self-confidence and independence-building aspects of the therapy ensure high quality services for adults and children with disabilities and a long-term reduction in rehabilitation.

Gardening experts and professional therapists will work together to provide thematic workshops and training for socially sensitive groups and gardening activities will be available year-round. Nature education for toddlers and children will be developed in collaboration with schools and kindergartens.

The next step is to bring in the future gardeners themselves to choose how the garden should work. A co-design workshop will be held in Zagreb with ICLEI Europe from 7-8 May 2019, and a day care centre for children with disabilities has been invited to attend the workshop. But the city plans to involve a much broader range of organisations and groups in the future: “In order for the garden to be useful, we will need to include all sorts of institutions with people with disabilities and to include people of all ages.”

The co-design workshop is part of the international European-funded project proGIreg. Through this project and through working with ICLEI Europe, Zagreb will share its knowledge and methods for developing the therapy with other cities around Europe and China. “We are hoping to get the best in the end,” adds Matija Vuger, Head of Section for regional and international projects at the city of Zagreb.

Another therapy garden is planned in Zagreb: a large space in the southern part of the city has already been set aside as a larger therapeutic garden and the first garden will provide a pilot area for learning.

“It empowers people, so I think it’s really potentially a great idea – it can be a great thing to be used in Zagreb and elsewhere,” Bedenko concludes. “We are just hoping that all the other institutions that we need are as enthusiastic as we are!”

For more information on the proGIreg project, click here.